Gaining muscle is great, what’s not so great is the fact that it often comes with lots of body fat gain too. We’ve all seen the off-season bodybuilder looking like Baymax from Big Hero 6! Do you know what’s even greater? You can gain muscle whilst minimising the fat gain if you know how. In gym newcomers we often see an increase in muscle tissue with a decrease in body fat as their body composition changes. To do this we need to master some key things, most notably nutrition, hormones and the protocols we use during our workouts. Follow the tips below and you’ll cleverly pack on muscle, without the fat! 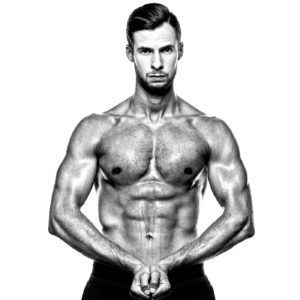 Plan Your Carbs Around Post-Workout Times
When it comes to gaining muscle whilst minimising fat gain, hormones are King! When carbs are consumed, a hormone is released known as insulin. Insulins job is clear up all of the blood sugar or glycogen from the carbs you’ve just ingested that’s circulating around the system. It does this by shuttling it into one of three places – muscle cells, fat cells or liver. In usual circumstances, insulin is a hormone we don’t really want to produce too much of, so controlling carbs during the day is very important. However post-workout is a time when we are particularly sensitive to insulin, your muscle cells are also very low in glycogen. Therefore consuming 40-50% of your daily carbs immediately after your workout will raise insulin and shuttle all of that glycogen straight into your depleted muscles. They’ll soak it all up like a sponge! This replenishment process will help with recovery and even make your muscles look fuller, all whilst helping us to become more sensitive to insulin. A sensible way would be to split the carb dose into two. Have a post-workout shake immediately after your workout containing some maltodextrin and whey, followed by a solid meal 1-2 hours later containing some rice or potatoes and lean meat.

Gradually Increase Your Calorie Intake To Prevent Anabolic Resistance
Eat more, you’ll gain more right? Wrong! Yes it’s true, to build muscle you need to be in a calorie surplus, but the 2000kcal + surplus some opt for is just too much. This state of nutrient overload will lead to anabolic resistance, which is a great way to throw a spanner in the works of protein synthesis (aka muscle gain). Anabolic resistance is an impaired ability to build muscle caused by an excess calorie consumption over time. Nutrient overload will cause three main problems, which all combine to create anabolic resistance:

A 200-300kcal surplus is ideal and when your progress stagnates, increase this by another 200kcal until the scales and circumference measurements start to increase again. For some further reading on anabolic resistance, click here.

Favour Compound Exercises
Compound exercises are ones that work across more than one joint. They can help you gain muscle, burn fat and improve strength. They’re what you would definitely call “bang for your buck” exercises. Some good examples include squats, bench press, military press, deadlifts and pull-ups. There’s no reason why you can’t use the occasional isolation exercise, but the bulk of your workout should be based around compound movements.

Use Supersets, Trisets And Giant Sets
Let’s begin with a quick description of what these training techniques are:

Supersets – Two exercises performed back to back. Works best with two exercises of the same muscle group or two opposing muscles.

Giant Sets – Four or more exercises performed back to back. Works best with four exercises of the same muscle group.

They’re listed in order of difficulty (easiest first). So if you’re considering using them in your workouts start with supersets first, and over the coming weeks and months progress them into trisets and finally into giant sets. They will assist in packing on lean muscle mass and simultaneously melting body fat through a couple of important pathways. First of all, pairing up exercises like this is a great way to increase the time under tension a certain muscle experiences, and remember, muscles respond not to heavy weights, but to the tension that is created during a set. The pace of your workout will also increase when exercises are paired up in this manner. The heart rate will be pumping and the lungs gasping for air. This cardio effect from your resistance work will help increase the resting metabolic rate for many hours after your workout has finished, and in turn, help you burn more fat.

Work In The 6-12 Rep Range With Heavy Loads And A 4010 Tempo
We’ve already mentioned that muscles respond to not only heavy weights, but to the tension that is created during a set. One sure-fire way to create more tension is to use a heavy load with a slow, controlled eccentric tempo. Tempo is simply the speed at which we perform a movement. Take for example a 4010 tempo; that is four seconds on the eccentric or lowering portion of the exercise, and one second on the positive portion. Muscles also respond well to the time under tension (TUT) in which they are placed. Specifically for hypertrophy and fat loss, we want the muscles to spend around 30-60 seconds under tension. If using a 4010 tempo, this means each rep will last for five seconds. Times five seconds by 6-10 reps and you’ll see that each set will fall into our ideal 30-60 seconds of TUT bracket: