Menu
£0.00 Basket
Top Reasons Why Too Many Are Going Nowhere Fast

What good is speed if you’re heading in the wrong direction? A hungry cheetah doesn’t accelerate up to 70mph only to realise its prey is directly behind it right? A cheetah that does that is a daft cheetah that will fail at filling his hungry belly. As a coach I’ve started to notice some very common reasons that have people going nowhere fast when it comes to their health and fitness goals. Don’t be the daft cheetah, make sure you’re not guilty of any of these reasons! 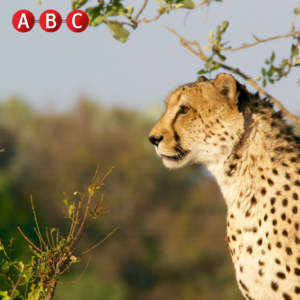 There’s No Solid SMART Goal In Place
There’s a huge difference between setting a goal and a SMART goal. That difference ultimately being success or failure. A goal is “I want to lose weight”. This has no substance to it. What we need is a clear, motivational SMART goal.

“I want to lose 6lb for my wedding on 25th September” is a much better example. I always recommend my clients to write their SMART goal out by hand. I swear the very act of putting pen to paper makes it feel “real”, more personal and makes you more accountable. Once on paper, place it somewhere prominent you’ll regularly see it for a constant reminder about why you’re doing what you’re doing.

The Goal Posts Move
I’m sure we all know someone that wants to build muscle one week, next they want to burn fat and the week after that they want to do a marathon. Moving the goal posts around too frequently like this pretty much guarantee you’ll go around in circles and never reach your full potential with any goal. Once you’ve set a main goal stick to it and get after it with laser guided focus. I’m not saying you couldn’t have a few side goals as well as your main one, but if you do they should compliment each other and not be a major distraction. A main goal of fat loss with a side goal of improving flexibility is a good example. A main goal of building muscle with a side goal of running that marathon next week is not.

Neglect Of The SAID Principle
The Specific Adaptations To Imposed Demands (SAID) principle means there will be a specific change in body composition, strength, performance or flexibility depending on what training demand is placed on it. For long term sustainability and compliance, finding a balance between the exercise modes you enjoy and the ones that you should be doing for your goals is so important, but often gets neglected. If you’re lucky like me, the ones you enjoy are also the ones you should be doing. I want a lean, muscular physique and I enjoy resistance/strength based training. This is good because it’s exactly what I should be doing for my goal. An example of how people neglect this could be as follows: An individual wants to lose weight and they can dedicate three hours of time per week to exercise. So they decide to do three yoga classes a week. They love yoga and whilst there’s nothing wrong with this, and yes it could elicit some weight loss through more movement, the individual would have to be very deconditioned for it to produce the results they’re after. A better choice which brings enjoyment and fast results together could be 1-2 full body resistance resistance sessions per week with 1-2 yoga classes per week. Make sense? Are the exercise modes you’re choosing supporting your goals as well as bringing enjoyment before, during and after the session?

Fad Chasing
I’m using the term fads here very loosely and generally. Some so called fads have their place during various stages of someone’s journey, some are a waste of time and money and will leave you in a metabolic mess as a result. I would define a fad as a short term solution to a long term problem. If there’s one thing worse than following a bad fad, it’s following a bad fad for a short period then onto the next within a matter of weeks or days, just because you’re bored, it didn’t work or because everyone else is doing it. This is much like moving the goal posts too frequently. Stop chasing fads and remember an effective, individualised exercise and nutrition plan can’t and shouldn’t be approached with a cookie cutter.

No Progressive Overload
To progress from our exercise, nutrition and recovery protocols a certain degree of progressive overload is needed. The human body is a clever, efficient machine and if it’s not challenged it won’t change, period. I’ve lost count the amount of times I’ve spoken to frustrated people in the gym that haven’t seen a result and after a little digging it turns out they’ve been following the same plan and lifting the same loads for the last two years! Progression comes in many forms, so don’t just think it’s about lifting more weight. What about exercise selection, rep range, tempos, rest period timings, eating more or less calories, increasing range on stretches etc.