If there’s one vitamin worthy of the title “The Superhero Vitamin” it’s Vitamin D. Synthesised in the body in response to sun exposure or it can be obtained from food/supplement form. Chances are though you’re not getting enough sun exposure or eating enough of the right foods to create optimal amounts of Vitamin D (VD). Despite being called a vitamin, it’s actually more akin to a multipurpose hormone created by many cells within the body. For a long time it was simply looked at as a bone health vitamin, but clinical studies have confirmed its benefits branch out much further:

Acts as an anti-depressant

In order for us to understand why deficiencies of this vital vitamin have increased, we need to take a brief journey back through time.

Paleolithic Age (2.6 million years ago to 10,000 years ago) Hunter gathers during this age ate a varied diet rich in VD and had plenty of sun exposure, meaning levels were optimal.

Industrial Age (1769 to 1946) The Industrial Age saw humans spending much more time indoors. Now the diet and living conditions have both combined to be detrimental to VD levels. This was an age were rickets first emerged in Britain. Coincidence? Hardly.

Information Age (1946 to present) The rise of clocks, electric lighting, sunscreen products and air conditioned buildings meaning we can spend all day indoors regardless of the weather put the final nail in the coffin.

So now you understand why this is important and how it all went wrong over the last 2 million years, here’s some practical ways you can get your levels up:

– Sunshine
For those worried about skin damage, you should first and foremost avoid getting burned. Those most at risk are fair-skinned people living or vacationing close to the equator. One of the best ways to avoid being burnt is to actually get exposure to the sun little and often. Regular exposure creates a base level of protection and generates plenty of VD.

– Eat foods high in Vitamin D
Foods such as cod liver oil, fish, oysters, caviar, eggs and mushrooms should be a regular part of your diet. 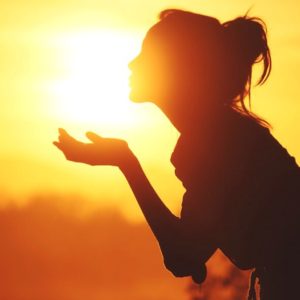 Hands down, there’s no other vitamin or supplement that gives you more return on your investment than what vitamin D does. It’s not only needed for your health and fitness goals, but essential for all life.