Menu
£0.00 Basket
Foods You Should Avoid For Fat Loss

Anyone that’s embarked on a fat loss journey before and seen success, or not, would quickly of grasped the concept that nutrition is key when it comes to burning fat. What you put in your mouth really is the gateway to success and no matter how much you want to believe it, you can’t out-train a poor diet. Whilst a more flexible approach to nutrition is good for long term success there’s certain foods that you should dodge immediately if you’re serious about your results, and by the way, some of them might take you by surprise!

Diet Fizzy Drinks
At zero Kcal’s what damage could drinking one of these possibly too? Well, research from the Weizmann Institute of Science found that mice drinking water with artificial sweeteners such as saccharin, aspartame and sucralose, became vulnerable to insulin resistance. And one thing that’s guaranteed to prevent fat loss is insulin resistance. “But I’m not a mouse” you say? Well another piece of research conducted on human adults aged 65+ suggested that people who drank diet fizzy drinks gained nearly three times the amount of fat over a nine year period than those who avoided the zero Kcal stuff.

Use this instead: Sparkling water flavoured with slices of lemon and lime. 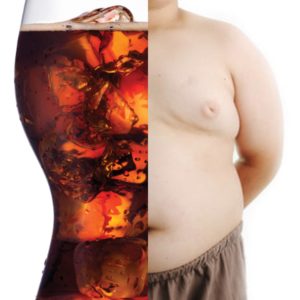 Vegetable Oil
Many people confuse vegetable oils to be a healthy choice to cook with. Perhaps because they contain the word “vegetable”, but many studies have confirmed processed oils, such as sunflower oil, soybean oil and corn oil can cause more harm than good. They’re loaded with trans-fats which are highly toxic and associated with an increased risk of heart disease, cancer and diabetes. It’s scary enough to think trans-fats are actually closer in structure to plastics than fat. Heating vegetable oils can cause them to go rancid and release high concentrations of chemicals called aldehydes, which have again been linked to cancer, heart disease and dementia. When cooked at 180 degrees for 30 minutes sunflower oil showed more than five times the amount of aldehydes per litre of product than coconut oil.

Use this instead: Coconut oil.

Refined Grains
Refined grains refers to grain products consisting of grains or flours that have been significantly modified from their natural state. The modification process generally involves the removal of bran and germ. Refined grains, such as white bread, white paste and white rice will all be missing fibre and key nutrients. They are often high in gluten and excessively starchy, which can cause spikes in blood sugar and contribute to insulin resistance, which can cause weight gain and be a major contributor to diabetes.

Use this instead: Brown rice, brown pasta and brown bread.

Healthy Cereal Bars
You know the type – the marketing campaigns state they’ll “keep you fuelled right up until lunch” and they’re “packed with fibre and vitamins”. Some might even be “20% lower in fat!”. Sounds great, but all is not what it seems. They’re often loaded with sugars which will cause sharp spikes in blood sugar and excess insulin. Once again this can lead to insulin resistance and over time, weight gain.

Use this instead: A handful of mixed nuts or seeds. Sometimes a protein bar would be the lesser of two evils in this situation.

Packaged Deli Meat
Protein comes from the Greek word “prota” meaning “of primary importance”, and it should certainly be of primary importance within your nutritional intake, but not all protein is created equal. Sliced meats, cold meats and lunch meats may seem convenient, but they’re often pumped with water meaning the protein content per 100g of product is significantly lower than what it should be for a protein focused fat loss diet. They also contain sodium nitrates which prolong shelf life and help prevent the growth of clostridium botulinum, a bacteria that can grow on food and produce harmful toxins to the body when ingested. So on one hand this might sound like a good thing, on the other, nitrates can react with chemicals in the stomach to produce nitrosamines, which have been linked to cancer when consumed in large quantities.

Use this instead: Self prepared meats cut down into chunks and slices.

Fruit Juice
A cool glass of OJ, once considered part of a healthy breakfast, but once you apply the hormonal effects of food, you’ll soon understand that this isn’t the best choice. Fruit juices are often loaded with added sugars and due to the manufacturing process you’ll be consuming all of the calories from the fruits used to make the juice without the natural fruit fibres that fill you up. Essentially fruit juices are just empty calories and another blood sugar spike.

Use this instead: Water flavoured with slices of lemon, lime or oranges. Or just eat whole fruits – berries would be a better option as they have a significantly lower GI than citrus fruits, meaning they won’t spike blood sugar levels quite as much.