When it comes to tracking body composition as a female, there are a few specific issues that need to be taken into consideration. Issues that don’t apply to men and issues that often get neglected and swept under the carpet. We’re not going to debate about which method of tracking you should use, or which is best, because quite honestly all of them have a place. 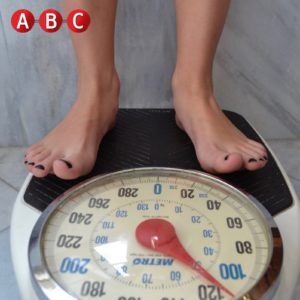 For the woman, the monthly menstrual cycle can have a dramatic impact on water retention during various stages. Note: women with hormonal modifiers (examples include birth control pills, menopause etc.) will have less of an issue with this. This not only impacts actual weight on the scales, but also other common methods of tracking including BIA scales, fat caliper and tape measure circumference. It can also make women feel and appear puffy and bloated.

The issue here lies in the fact that as a female you can work your ass off all week, only to be disappointed when you re-measure the following week and see you’ve gained weight or made no progress. It can be very de-motivational. It needs to be understood however, that this may be no fault of your own, but actually your hormones.

Before we go any further let’s take a quick look at the rundown of a typical women’s monthly cycle. Keep in mind I’ve based it on a 28 day cycle, to keep it simple. In real life it could run anything from 24-32 days. We can break the cycle down in to 4 distinct phases: 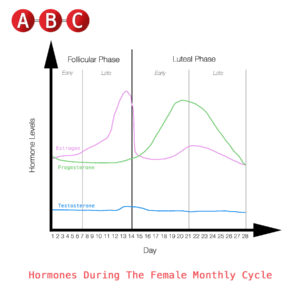 Water retention is often observed during the late follicular and late luteal phase (weeks 2 and 4 respectively). To illustrate this point further, here’s what may happen for a female looking at weight loss and using the scales on a weekly basis as a progress tracker.

See what’s happening here? Weight is spiking on weeks 2 and 4. If you’re looking at it on a weekly basis it’s enough to drive you mad! The general trend however is down. A simple solution is to compare body composition readings on a four weekly basis to gauge progress. For example using the results above, if you compared the early follicular phase from month 1 and 2 you’ll notice a positive result.

Take home points from this article:

– Fluctuations in water (and therefor weight) are to be expected during various stages of a woman’s monthly cycle.

– Don’t measure your body composition too often. Every four weeks is ideal. And if you do insist on taking it as regular as once per week (there is actually proven psychological benefits of this, for example can help keep you focused and promote adherence) understand that you may experience negative fluctuations that have absolutely nothing to do with your behaviours. I’m sure you can all relate to having the week where everything goes to plan, only to be disappointed when you’ve gained 2kg. In that case it’s not you, it’s your hormones!

– Never rely on one method of body composition tracking. Try and use a selection. Here’s a list from a previous article which contains some of the best.