Imagine a lean, muscular physique that not only looks like that worthy of a superhero, but also performs like one too. A leaner body, faster sprints, higher jumps, longer leaps and more explosive total body power. Sounds good right? Yeah the idea of all that attracted me too. Without a doubt this is one of my favourite and fastest ways to build muscle, melt fat, gain strength, develop. explosive power and build work capacity simultaneously. Let me introduce complex training! 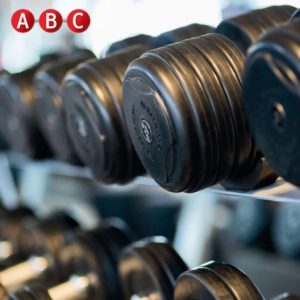 The concept of complex training has been around for years and quite simply is a strength exercise paired with an explosive exercise of the same/similar movement pattern. For example, a bench press for 6 reps into a medicine ball chest pass for 12-15 reps. Not all exercises have an explosive exercise they can be paired up with, but a substitution can normally be found. Here are some of my favourite pairings for each major muscle group:

(Note: tempos on all explosive/plyometric should be as fast and explosive as possible)

The science behind complex training is actually quite simple. It activates the central nervous system and fast twitch fibres simultaneously (remember these have most potential for growth and are responsible for explosive power). The strength exercise activates the fast twitch fibres, then the explosive exercise that immediately follows stresses these fibres that have been activated even more.

What’s more, after completing exercise 1B it will have a potentiating effect on exercise 1A on the next consecutive superset through. This means it will tap into even more fast twitch fibres allowing you to recruit them during exercise 1A. With most types of workout, it’s not uncommon to find yourself feeling weaker with each set. As a result you have to lower the weight. With complex training however, don’t be surprised if you’re able to lift more and more weight with each consecutive set, having a better overall training effect.

This type of training will also shift certain muscles fibres that may be more slow twitch to perform and behave more like a fast twitch muscle fibre. And remember, the more fast twitch fibres we have, the more potential we have to grow them and perform better. As an added bonus the pace of this workout torches calories and gets your heart rate up which makes for a great lean muscle retaining, fat burning session.

Before you get started there’s a few pointers you should follow to get the most out of complex training. You can build them into existing workouts, but begin the session with them when you’re feeling fresh and strong. It’s also important to religiously stick to the tempo I’ve given on the first exercise 1A. That is a four second count on the eccentric portion of the rep with an explosive concentric (40X0) all whilst using the heaviest weight you can handle for six reps. Also use the rest periods set out, even if you feel like you could go again sooner.