A well developed set of biceps is right up there on the “number one reasons why the majority of males hit the weights” list. The drive for bigger arms I see in the gym is fantastic, the problem is very few actually get it right.

Mistake #1
Exercise selection has little to no theory or application.

Mistake #2
The trainee picks every biceps exercise known to man and goes to failure on every set. This is far to much volume for a small muscle group, such as the biceps.

Mistake #3
Contrary to the last mistake, one exercise for there sets isn’t going to get the job done.

Let’s take a look in a little more detail at mistake #1. For optimal exercise selection and full muscular development, simply make sure your bicep workout contains an exercise from each of the two categories below as well as an exercise where your elbows remain inline with your body.

Exercises with elbows drawn in front of body

Exercises that involve your elbows being drawn in front of the body are used to focus on the medial (short head) of the biceps.

Exercises with elbows drawn behind body

Exercises that involve your elbows being drawn behind the body focus on the lateral (long head) of the biceps. 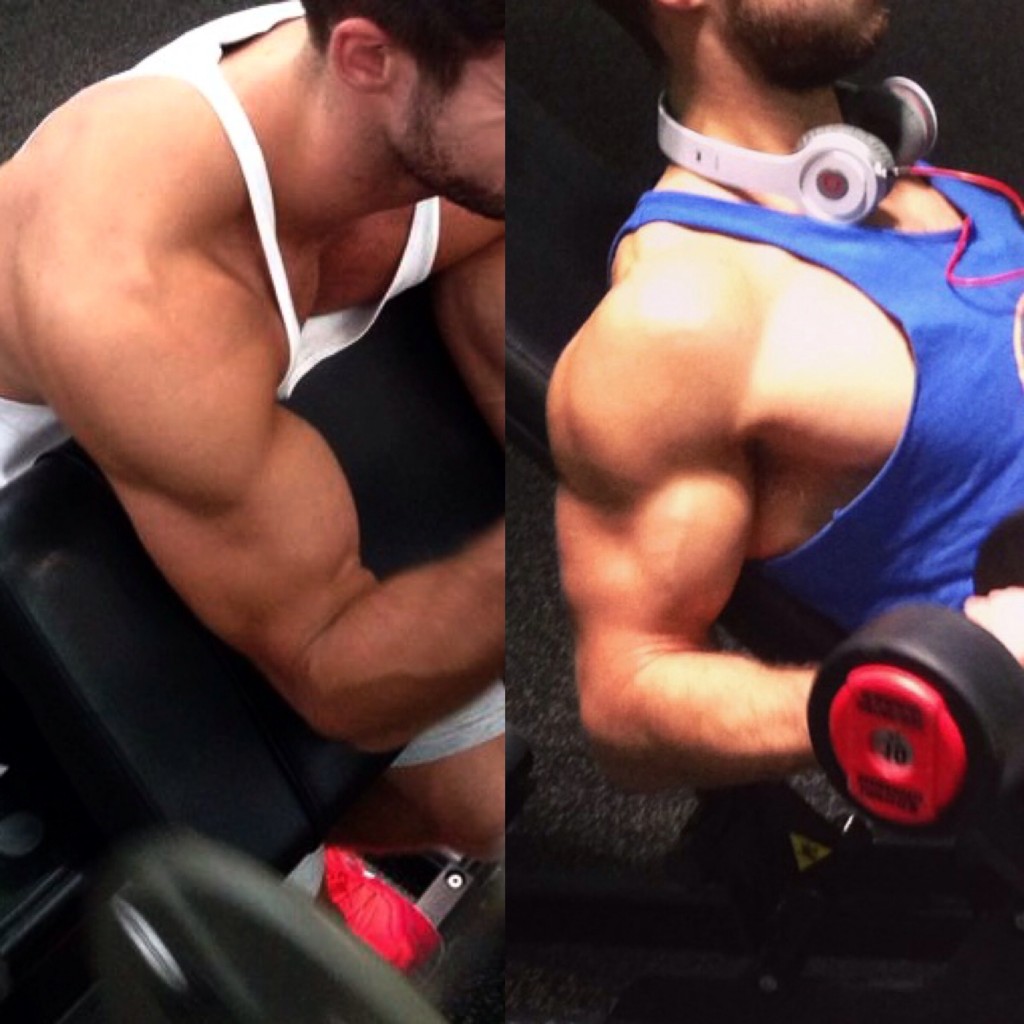 Try this bicep hypertrophy workout and I guarantee no muscle fibre will escape being worked!