Tips For A Dream Bum

As a personal trainer, if a female comes to me nine times out of ten the areas they want to work on are the back of their arm, tummy, legs and bum. Browsing around the internet is like a minefield of false, confusing information. So i’ll keep it simple – Here’s five training tips you can easily implement to get that dream bum. 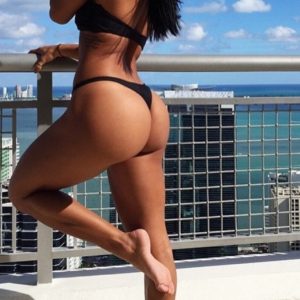 Squat Deep
Any piece of fitness literature aimed at women after a dream bum will tell them they need to be doing squats. What it doesn’t normally say is you need to squat down as low as you can. The top half of the squat activates the quads, but it isn’t until you get down low that the hamstrings and glutes fire up. Taking a slightly wider stance will also recruit more glute and hamstring muscle fibres.

You Don’t Train Your Pelvic Floor
Believe it or not, if the pelvic floor becomes dysfunctional (a common occurrence post-pregnancy) the glute fibres of the bum become hyperactive as they help stabilise the pelvis and the stomach contents. This in turn will lead to atrophy (shrinkage) of other muscles of the bum. So how do you train your pelvic floor? Quite easily, in fact you don’t even need a gym. Imagine you’re going for a wee, and you want to stop it. You don’t squeeze you legs, or abs, you squeeze the muscle underneath your stomach. That’s your pelvic floor. Try 3x 8-12 reps. Pause on each rep for a few seconds, relax then repeat. Just remember to keep breathing whilst you do it.

Work On Glute Firing Patterns
If your glutes aren’t firing correctly, you’ve got no hope in being able to train them. A simple trick you can include in your routine is to wrap a resistance band around your knees when you squat. This will encourage you to drive your knees out during the movement and recruit the glute medius. Be sure to include lots of single leg work in your workout too – unilateral leg presses, split squats and lunges are all good.

Stretch The Hamstrings
Tight hamstrings will pull down on the pelvis, rocking it back. This will create the illusion that your bum is smaller than it is. If you have optimal hamstring flexibility you should be able lie on the floor and perform hip flexion to 90 degrees with a slight bend in the knee.

Lunge Wide
When it comes to lunges, think quality not quantity . Lighten the weight and lunge forward as far and as deep as you can. As you begin the concentric portion of the rep, consciously fire up your working leg glute. This will have your hams and glutes burning like never before and you’ll be well on your way to getting that dream bum!

I really do hope this post has given you some ideas you can use in your own training to help you on the way to your goals. Any questions please spill them into the comments box below.

How To Do Pull Ups Correctly

How To Do Pull Ups Correctly